At the time of first contact Siksikaisiṫaṗi (Blackfoot Confederacy) occupied a territory that ranged as far east as present day Manitoba west over the eastern range of the Rocky Mountains and the present states of Montana, Washington and Northern Wyoming.

At later times the territory as defined by our oral history as from the North Saskatchewan (Om”k̇ iiṫ”ṫaa) to the Cypress Hills (I’kimik̇oo) to Yellow Stone river (Ot”kwiit”ṫaa) to the Columbia River and Tobacco Plains in British Columbia. Our traditional leaders formed alliances through our traditional treaty making (Inyiistyuk̇uk̇stimaan) for the protection and preservation of our hunting grounds, trade and lifestyle.

At this time I’d like to talk about, what is known as Treaty Number 7, and the Canadian Government, and this we call inyiss∙ṫsok̇uk̇stimaan, a long time agreement, and our understanding of making treaty, with each other. We have been making treaties with each other for thousands of years, and these treaties many of them had been broken by ourselves with each other through warfare! We were a Warrior’s society, we are still a warriors society.

We have just agreed to live by the leadership of our elders, but at he same time this border called, iss∙sik⸱sk̇aaksin, means a line or making a mark. In this case this invisible border, at the time and what we knew of our country and the area that was designated as the point of these cairn’s laid across the United States. These stone cairns’ that were the English, British and American Government Borders, between 2 counties.

So at that time Canada was non-existent, there was no Canada, and the lands that were considered British lands that today is the continental Canadian, Canada you will say, now that being said, I will go back into my language, I will go back into niitsiiṗo”sin, my birth rite, and I’ll speak from the heart, about inyiss∙ṫsok̇uk̇stimaan, treaties and the story I’ve just shared with you.

There were many of them who lived in the north, ā∙ṗuṫt”sō”ts.

K̇iitsiiso’kii, the point that sticks out flat
Table Mountain – An important area for seeking spiritual vision‘s from the spirit world, Also a favourite place used for hunting the ṗonok̇a Elk in the fall time 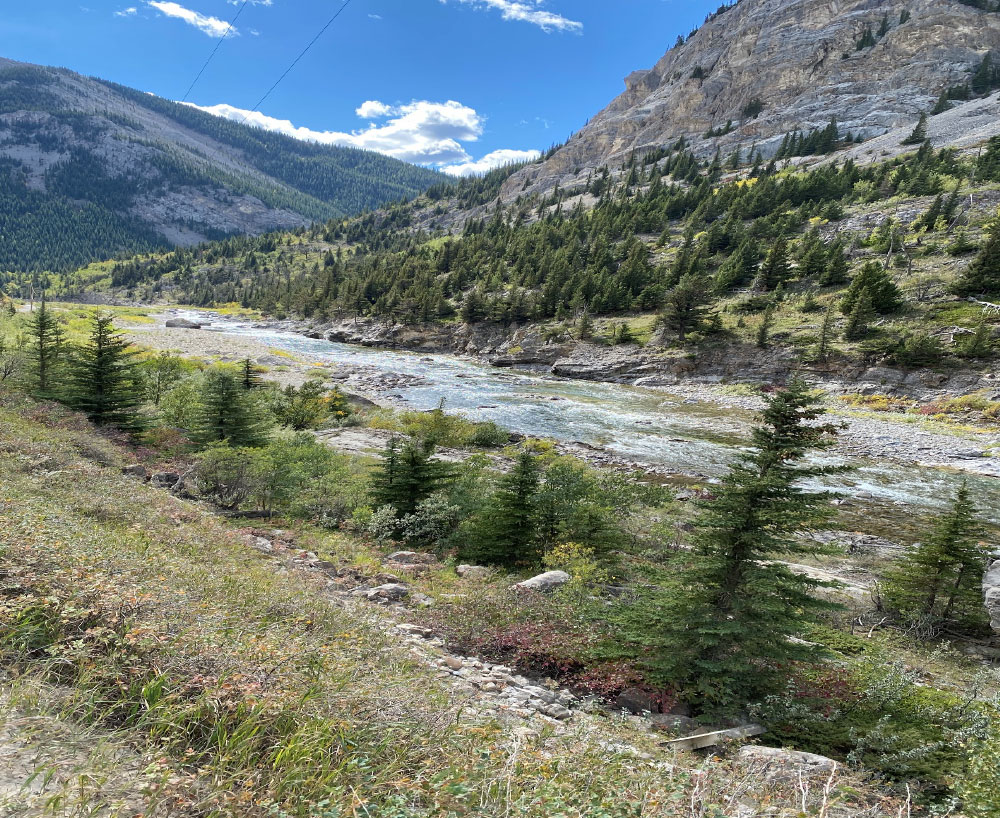 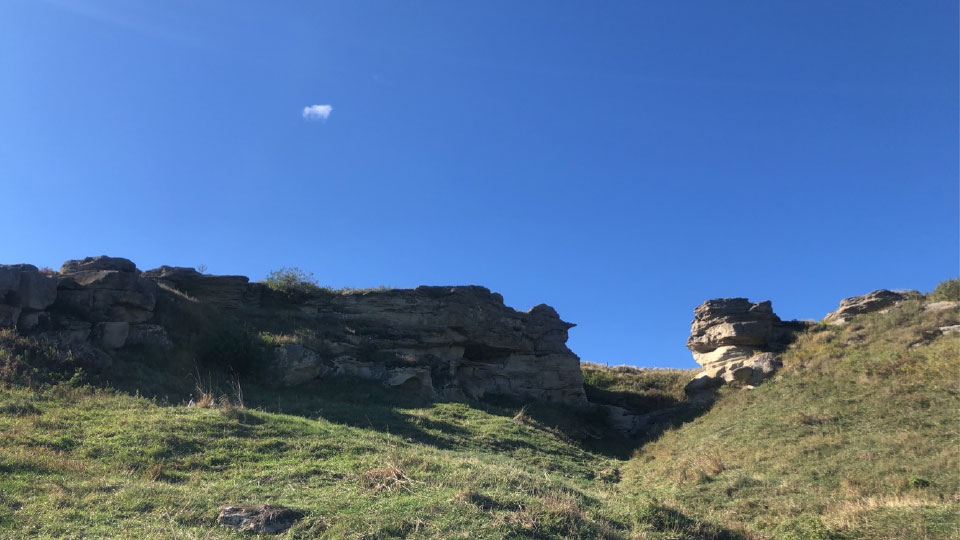 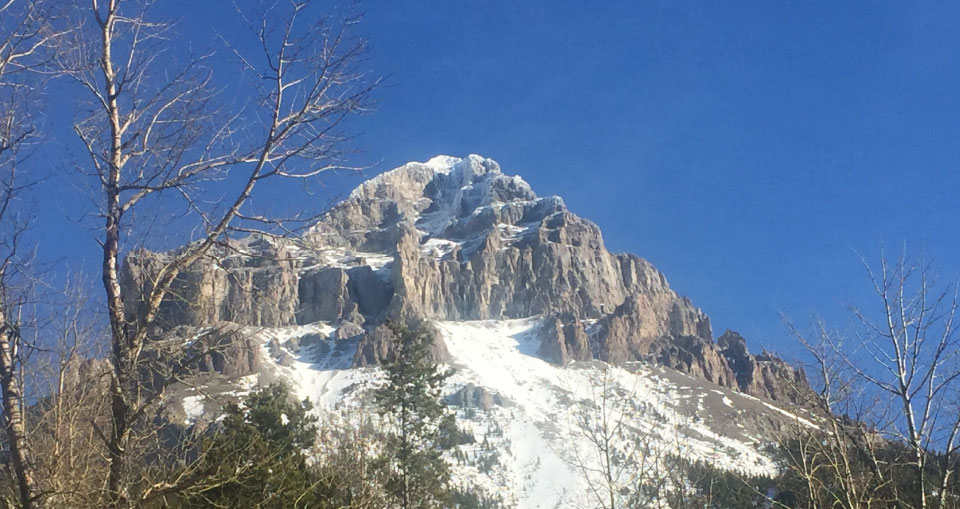 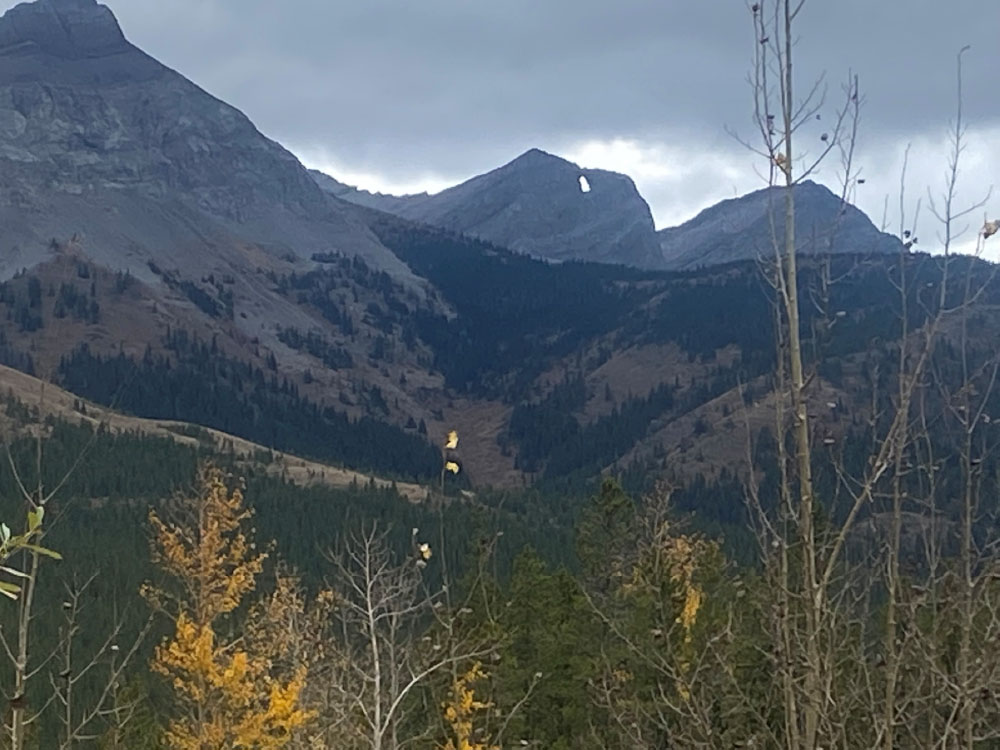 Remains of the site where Napii gambled playing the hoop & arrow game for siksikaitsitapii traditional territory, where the rivers flow east and west